The Kvitevatn trail was the second hike we did on our hiking holiday in Bortelid, Norway. It’s longer, but also less steep than the hike to the Reinstjønn mountain lake. Kvitevatn is the name of yet another mountain lake, twice as big as Reinstjønn, but located more to the north at a similar altitude. Our starting point was at the beginning of the Krolia street, opposite the small parking place at the southern end of the village of Bortelid, where you can park your car free of charge. You can, however, also start the hike from the Bortelid ski center where there should also be parking opportunities, depending on the season.

If you want driving instructions for reaching the parking place in the beginning of the village, you can check out our Hiking Holiday Guide to Bortelid, where you can also read more about where to stay, what to do besides hiking etc. You can also reach Bortelid with public transport. Use the website for Agder public transport to plan your trip.

The trail starts at the parking lot, and from here you should cross the regional road to reach the street called Krolia on the other side. At the other end of Krolia, you should take the easternmost narrow paved road called Bortelidgard. For the first five hundred meters or so, the road follows the outline of the lake Bortelidtjønna and ascends gradually. Then, the road runs together with the wider paved road called Stedjerotten and you follow the road towards northeast. After walking one kilometer altogether, you will start to see the cute holiday homes belonging to the ski center along the road, and you will also come to the ski center itself after a few hundred meters more. At the ski center we had a bit of trouble finding the right place to ascend as there are three ski/lift slopes, divided by two long strips of trees.

It turned out to be quite simple as the trail simply goes along the right side of the westernmost skiing slope, which is the slope directly behind the Bortelid ski center. The trail runs parallel to the small down-hill stream Kvitefossbekken, which higher up and thus closer to the lake is more forceful and called Kvitefossen (“foss” can be translated into waterfall, but don’t expect the Niagara Falls here!). It was, however, first after we overcame the first part of the slope that we saw the red “T” painted on the cliff which confirmed that we were on the right path. Here, there is a bit of a plateau with a large building for snow machines that you pass by, but do remember to look over your shoulder to enjoy the view of the valley below you. Behind the building, there is a wide dirt road curving to the east, but you should stick to the dirt path going more or less directly north.

A few hundred meters walk up from the snow machine building, just before you come to a small hut which is part of the ski lift system here, the path curves gently towards the west (opposite direction of the hut and ski lift) and becomes more stony. It briefly runs between two low cliff ridges, and then opens up so you are walking next to Kvitefossen, which is a large sloping cliff where water from the lake runs down to the valley. As we were there in summer, it was very innocent-looking but I could imagine that after rain falls or melting snow and ice in spring, it could be a lot more of water flowing down. The closer you get to Kvitefossen, the closer you are to the plateau with the lake. After having walked 2.6 kilometers altogether, you will stand on the brink of Kvitevatn, at the (approximately) triangular lake’s southeastern point.

Straight ahead you will see a fence with a gate, which is made to keep grazing livestock (although we didn’t see any) away from the ski slopes. As you go through the gate, you start making your way along the eastern side of the lake, although you can of course also make your way around clockwise. It is very easy to find your way as you more or less follow the outline of the lake, but there are also markings (red “T”s) along the way. Some places it is very swampy, but wooden planks have been laid out to keep your feet dry. There is even one place where you have to ‘rappel’ down a small cliff, but even with a baby in my backpack it went smoothly.  After walking for about one kilometer along the eastern side of the lake, you come to the northernmost side of the lake where there is a small cute wooden hut.

The hut is private, but we were assured by the small tourist office in Bortelid that we could take a break outside it if nobody was occupying it at the time. The hut has a wooden bench built along the sides, and thus we took a break to have a snack, and give the little one some time out of the child carrier while being in the shade. As we came to the very northernmost tip of the lake, there is a tall sign post with directions and approximate distances to other huts, hilltops and points of interests. We were quite tempted to explore, but decided that we probably shouldn’t make it too long or hard a trip in the baking sun with a baby on board. We thus started making our way around the western side of the lake, where the markings are now small light blue circles instead of red “T”s.

On the way, you will occasionally be very close to the waterfront but as you come closer to the southern end of the lake, you will have ascend up a rather steep cliff (there is a rope for help) where you will once again see a fence and a gate, that you should pass through. The blue circles will lead you there. You then walk a bit on a ridge relatively high over the water surface, and we chose to make another stop as our daughter MK was getting impatient to be breastfed. After the break, we simply followed the southern shore of the lake to reach the point where we got up to the lake from the ski slopes, and then made our way down on the very same path. Kvitevatn Trail – spotting the hut at the end of the lake Kvitevatn Trail – vegetation along west side of lake Kvitevatn Trail – livestock fence and gate to the west I was wearing my Lasting Mars t-shirt, Montane TerraPack pants, Salewa boots and a cap (and sun cream!) for sun protection, while carrying our daughter in the Osprey Poco child carrier backpack. The best thing about wearing the Lasting Mars t-shirt in such warm sunny weather is that it is incredibly quick-drying due to the porous structure of the fabric which is made of 90 % Polypro(pylene) and 10% nylon. It is also very odor-resistant due to the silver-ion treatment, so I was able to wear it for all of the hikes we did in Bortelid without having to wash it. You can read the full review of the Mars t-shirt here. Osprey Poco on the Kvitevatn Trail

The Osprey Poco child carrier pack performed great throughout our hiking holiday where we went hiking directly from our hut (thus no need to collapse the pack). The suspension system is particularly great for transferring the weight from shoulders to hips, and thus it is quite comfortable to carry in spite of the heavy load. Our daughter MK also seemed happy and comfortable in the reverse harness, being able to rest her head on the drool pad when sleeping and relatively shielded from the sun under the easy-to-set-up sun cover. Read the full review of the Osprey Poco here. 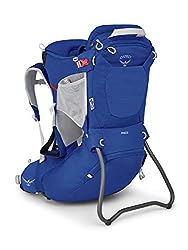 The Kvitevatn trail is a lovely day trip, which is suitable for all ages. You will encounter a few steep ascends so be sure to wear appropriate hiking boots with good grip and ankle support. For the same reason you should wear crampons as a very minimum if you want to undertake the trip when there is snow. If you fall and hurt yourself so bad you can’t get down yourself, help is of course not far away (due to the ski center), but it is simply too easy a trail to excuse the use of just about any rescue service available. The lake is suitable for swimming, although the temperature might not be high enough for all but the bravest. Again, make sure you are safe at all times.

Kvitevatn Trail – a bit of rappelling

Kvitevatn Trail – making our way along the western side

Kvitevatn Trail – view on valley and lakes below